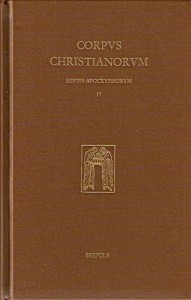 The Infancy Gospel of Thomas (IGT), an early apocryphal writing about Jesus’ childhood, was first published from a Greek manuscript in the seventeenth century. At the time, and for several centuries thereafter, scholars believed the text to be the “Gospel of Thomas” mentioned by a number of early Church writers and frequently associated with gnostics. With the publication of the true Gospel of Thomas from Nag Hammadi in 1956 interest in the text waned. A few scholars published editions of various versions of the text – including Syriac, Ethiopic, Georgian, Latin, and Slavonic – but study of the Greek tradition stalled, despite indications of the existence of a number of manuscripts that could greatly improve our knowledge of the text. This edition brings together all known published and unpublished Greek manuscripts of IGT, assigns them to four separate recensions (Greek A, B, D, and S), and presents them in Greek and English translation. Attention is also paid to the versions, particularly the Slavonic and Latin traditions, which are shown to be translations of Greek A and Greek D, and therefore help to establish the original form of those recensions. The early versions (Syriac, Ethiopic, Georgian, and another Latin translation) are discussed also as they inform the text of Greek S, an important new recension which brings us much closer to IGT’s original form and should be considered the new textus receptus for study of the gospel. The edition also features a detailed overview of previous scholarship on the text, and a commentary on the gospel that seeks to situate it in its appropriate theological and socio-historical contexts. Scholars of early Christianity have been waiting centuries for a comprehensive critical edition of IGT. While more work needs to be done on some of the versions of the text, this volume fulfills much of the needs of scholarship by providing a vastly improved edition of IGT in its likely language of composition.

Winner of the 2012 Frank W. Beare Award, recognizing an outstanding book in the areas of Christian Origins, Post-Biblical Judaism and/or Graeco-Roman Religions.