The Syriac Tradition of the Infancy Gospel of Thomas 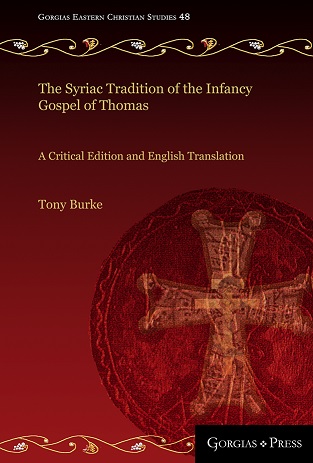 The Infancy Gospel of Thomas, like many apocryphal gospels, has been much transformed over the course of its transmission. Though composed in Greek in the second century, the gospel is extant in a number of other languages and a myriad of forms. The most well-known form is a 19-chapter version in Greek based on late manuscripts (none earlier than the fourteenth century); but it is now widely-believed among scholars of the text that a shorter 16-chapter version preserved in Syriac, Latin, Ethiopic, and Georgian manuscripts is closer to the gospel’s original form. Of these manuscripts, those in Syriac are by far the most important: two of them are very early (fifth/sixth centuries) and thus their text has undergone fewer changes than the texts of the other witnesses. Any study of the Infancy Gospel of Thomas needs to take account of the Syriac tradition, now possible with this new critical edition. Wider studies of Syriac literature and history also benefit from this edition as the gospel was very popular in the Syrian milieu where it generated a number of further translations (an Arabic Infancy Gospel of Thomas, and sections incorporated into the Arabic Infancy Gospel and the Armenian Infancy Gospel) and became incorporated into two popular Life of Mary collections. The present volume includes a history of scholarship on the Syriac Infancy Gospel of Thomas, a description of the extant manuscripts (now numbering over twenty-five and divided into three recensions), and editions and translations of each recension of the text.

Winner of the 2018 Frank W. Beare Award, recognizing an outstanding book in the areas of Christian Origins, Post-Biblical Judaism and/or Graeco-Roman Religions.

“Tony Burke is an expert scholar on this (originally) second-century text and many will be grateful to him for his innovative work on the mediaeval Greek of this apocryphon in CCSA volume number 17 in 2010 . . . All users will be grateful for this scrupulous editing . . . we are now well served and congratulate Professor Burke and the publishers for this impressive work.”
~ J. K. Elliott (Novum Testamentum 61 [2019]:219–20)

“There is no doubt, then, of the quality of this volume as an edition of the Infancy Gospel of Thomas in its Semitic recensions. The author and editor is to be congratulated upon his work, and Gorgias is to be thanked for publishing so finely produced a volume.”
~ Joseph Azize (Review of Biblical Literature 3/7/2019)